Resource guide with books, movies, zines, and more celebrating the cultural, political, and creative contributions of Asian and Pacific Islander peoples in America.

This guide is a non-exhaustive collection of resources honoring Asian and Pacific Islander (AAPI) people's history in America while celebrating the creative, political, and cultural contributions of AAPI people. This guide includes a curated collection of our print books, eBooks, film both streaming and non-streaming, zines, and artist books from the special collection. We have also included relevant outside resources - reading lists, arts organizations, art exhibitions, political organizations, digital zines, and podcasts - to ensure that wherever you are, you can appreciate the unique historic and contemporary contributions of Asian American and Pacific Islanders peoples to the American political and cultural landscape.

Asian American Pacific Islander Heritage Month has been observed as a month-long celebration since 1992. Following American bicentennial celebrations in 1976, former congressional staffer Jeanie Jew started lobbying members of Congress to formally recognize the contributions of Asian and Pacific Islanders peoples to America. Jeanie Jew herself was the great-granddaughter of a Chinese immigrant that helped build the transcontinental railroad and wanted a period of reflection and celebration for her ancestors and the ancestors of many others. In 1978, President Carter designated the first 10 days of May as “Asian/Pacific American Heritage Week.” May was chosen to commemorate two crucial dates in AAPI history: it commemorates the arrival of the first Japanese immigrants to America on May 7, 1843, and the May 10, 1869 completion of the transcontinental railroad largely built by Chinese laborers. Varied efforts to extend “Asian/Pacific American Heritage Week” to a month continued until 1992 when Congress passed a law designating May as Asian/Pacific American Heritage Month.

Asian American and Pacific Islanders is an expansive pan-ethnic identity born from Civil Rights efforts at the University of California, Berkeley in 1969. It includes the entire continent of Asia and islands in the Pacific Island clusters of Melanesia, Micronesia, and Polynesia. The use of the term Asian American Pacific Islander is academically contested, in part because the broad category contains people that first experienced America as a colonizing force (including the Marshall Islands, Hawaii, and the Philippines) with people that first experienced America through the immigration process. Some of these conversations are outlined in the Office of Diversity, Equity, and Inclusion’s Asian American Pacific Islander (AAAPI) Resource Guide. The resources in this guide attempt to reflect some of these historical nuances while setting a celebratory tone. 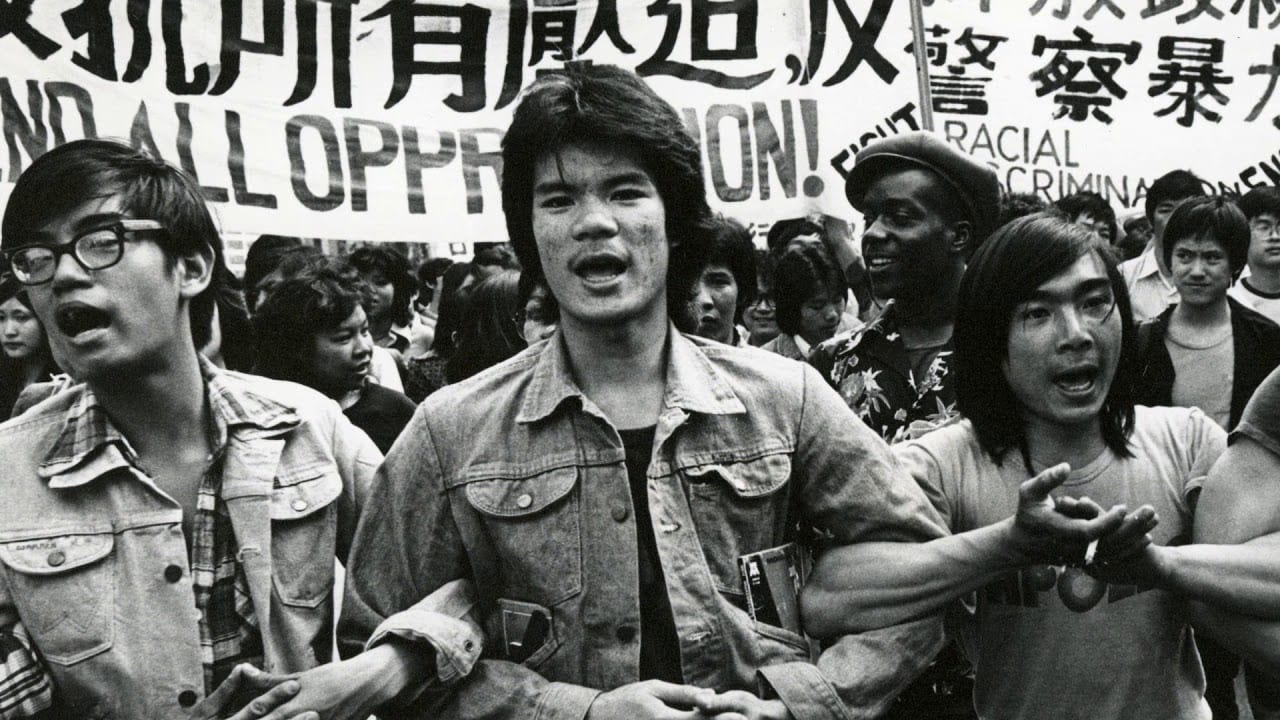 Photograph of Third World Liberation Front protest at University of California, Berkeley. Among other demands, student protestors called for including the histories of people of color in the college curriculum. These protests resulted in the creation of the first Asian American Studies programs at both UC Berkeley and San Francisco State University. Image credit; "Third World Liberation Front (TWLF)," Cornell University's Asian American Media blog. https://blogs.cornell.edu/asianammedia/2018/12/07/third-world-liberation-front-twlf/