This guide provides an overview of the 16mm films located in the Pratt Libraries collection and how to care for them. 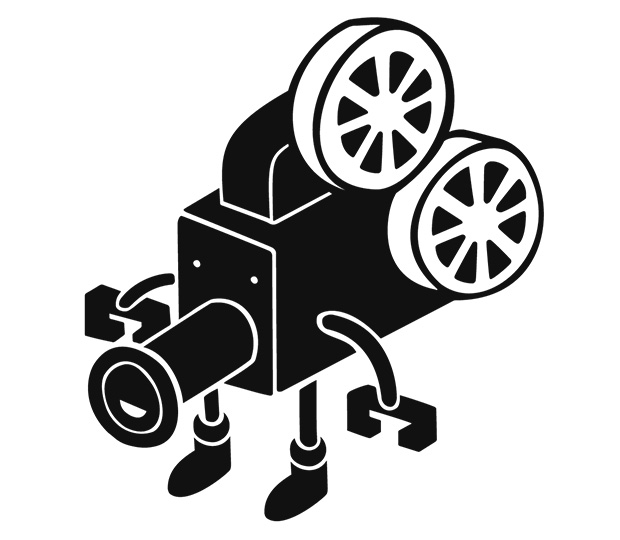 The most commonly used is cellulose acetate.  It is often referred to as "Safety Film" because it is not combustible like nitrate. ("Safety Film" is often printed on the film stock to avoid confusion). The prints in our collection that date back to before the 1990s are by and large acetate prints. Acetate prints are susceptible to cellulose triacetate degradation, known commonly as vinegar syndrome.

Keeping film prints in cold or cool storage, such as Pratt Library is able to do, will sufficiently retard acetate decay, and the library's graduate assistants have worked hard to weed out prints which were irrevocably afflicted by vinegar syndrome prior to Pratt's acquisition of the prints so as to preserve the rest of the films. 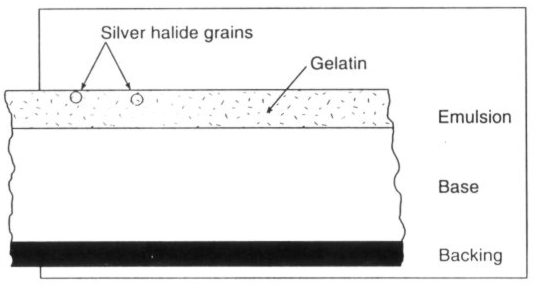 The more recent advance in film stock, becoming popular in the 1990s, is polyester.  Polester film base is incredibly strong and largely considered chemically safe, meaning that films with a polyester base are exponentially less susceptible to vinegar syndrome (although the Image Permanence Institute has recently been conducting studies as to the precise possibilities of vinegar syndrome in polyester prints).  Under the same storage conditions, it has a longer life span.

Emulsion is the gelatin binder that forms the image. Per Wikipedia, color films and papers have multiple layers of emulsion, made sensitive to different parts of the visible spectrum by different colour sensitizers, and incorporating different dye couplers which produce superimposed magenta, yellow, and cyan dye images during development. Panchromatic black and white film also includes colour sensitizers, but as part of a single emulsion layer. 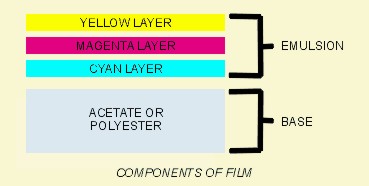 If a film has sound, there will be a black strip along one side of the film.  Sound can be represented in two ways, magnetically or opically.

Magnetic tracks (mag tracks) consist of a magnetic audiotape that is affixed to the film after processing.  It is read by the projectors plaback head.

Optical tracks are photographically exposed directly onto the film during printing.  During projection, light passes through the image and the track is translated as sound. There are two types: variable area (two horizontal lines which fluctuate visibly like sound waves) and variable density (series of vertical bars, the density and width of which correspond to changes in the sound).

The image below shows the different types of sound strips found on film. 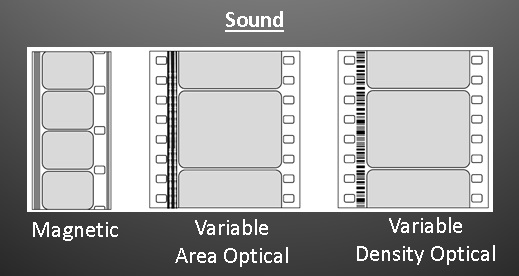 Canisters – plastic cans and reels made of polypropylene or polyethylene are generally best. If you use metal cans and reels, make sure to use non-corrosive metal; you do not want to use anything that promotes chemical reactions.

AD Strips – AD strips are dye coated strips of paper that measure the severity of acetate film deterioation (vinegar syndrome).  A strip is placed in a sealed canister of acetate film for a number of days, and depending on which color the dye changes, indicates the level of deterioration.  They are useful in determining how badly a film has deteriorated and what steps should be taken next in caring for and preserving the film.

Freezers – If you place film in a freezer, make sure to package it well: consider using resealable polyethylene freezer bags. When considering which films to freeze, it is best to freeze those that are in acetate decay #2 or higher and are waiting to be transfer to new film stock

Whether due to storage conditions, wear and tear, or simply quirks of the medium, watching films on 16mm often presents an entirely new visual vocabulary for the experience of viewing movies. The following "facts about film" will provide a brief overview of some of the kinds of things you might experience as you watch films from the collection. To learn more, please consult any of the number of Preservation Resources on this page! 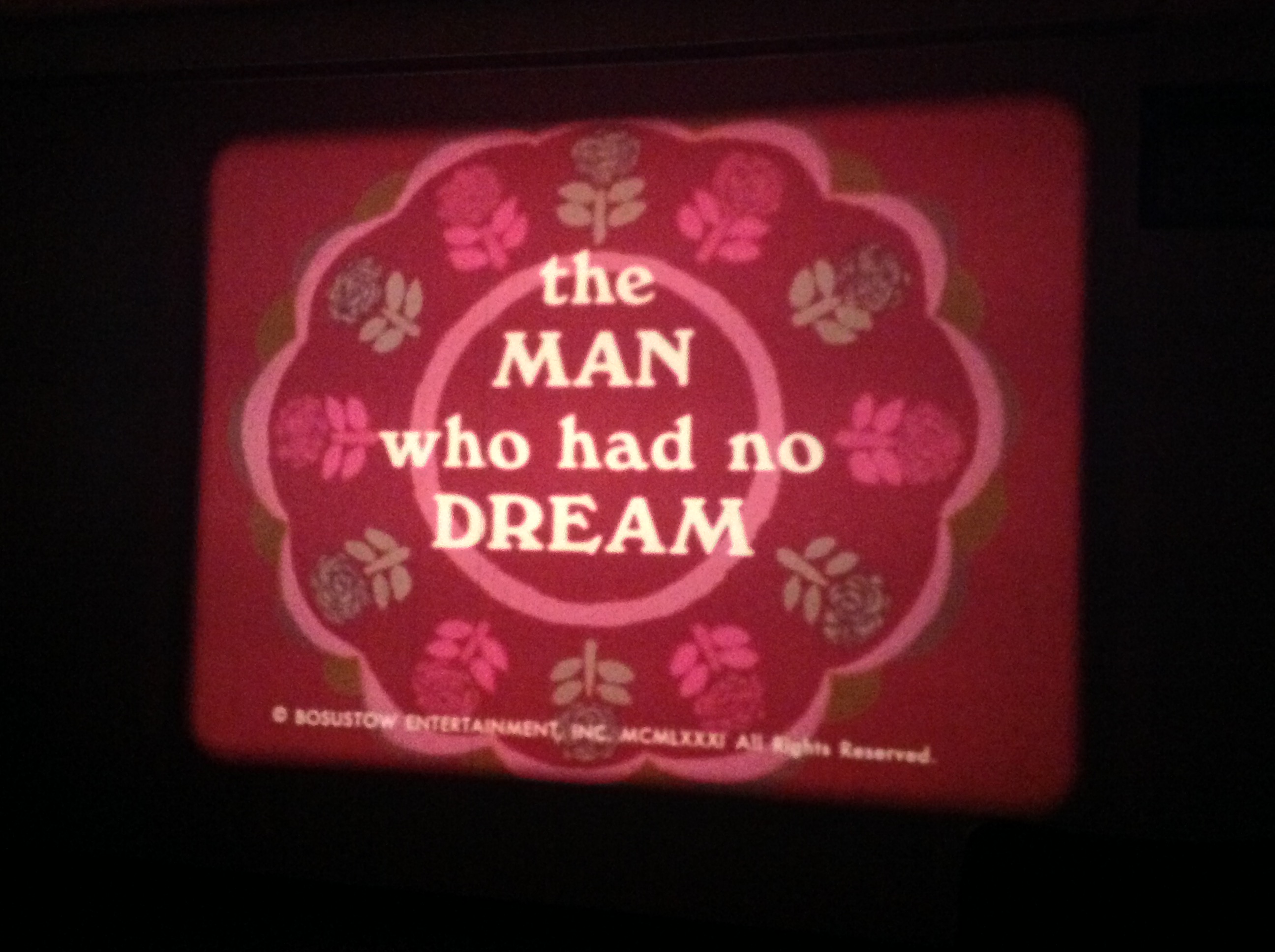 For both acetate and polyester prints, hot and humid storage conditions (as opposed to cold / humidity-controlled) can affect the kinds of dye used for color processes within the film print. Film color processes tend to fade in the following order: cyan (blue) first, then yellow, then magenta. If you notice that a print looks exceptionally red, or that the balance of colors is relationally more limited that you would think it is, you're probably not wrong! It's just a side effect of poor storage conditions prior to Pratt's acquisition of the prints.Plenty of prints may be victims of color-fading, but color fading will never erase the image emulsion completely or affect the sound - so they're still worth watching!

Whenever a film breaks in the span of its long life, film archivists will bind the two pieces of the film strip back together through a method called  splicing. The type types of splicing are cement splicing (using liquid cement, mostly used professionally) and tape splicing (historically used by nonprofessional entities such as libraries). At Pratt, we are purveyors of tape splicing, so if you ever notice quick tape lines along the edges of the projected frame, you can know that a technician has been there repairing a film print for your viewing pleasure!

Whether due to a bad projector, projecting a damaged print, or simply due to excessive use, sometimes film prints will get scratched. Scratches to the base layer of a film will appear as thin and dark marks anywhere in the image, same as you might expect to appear on any kind of surface capable of permanent scratching. More unusual are scratches in the film emulsion iself, which sadly erases the image entirely and appears as either white space (for b&w prints) or pale green marks (for color prints, an effect of dye layers eroding).

As with image fading, these prints are still perfectly enjoyable - but now you know why that print you like has a strange green line through it. 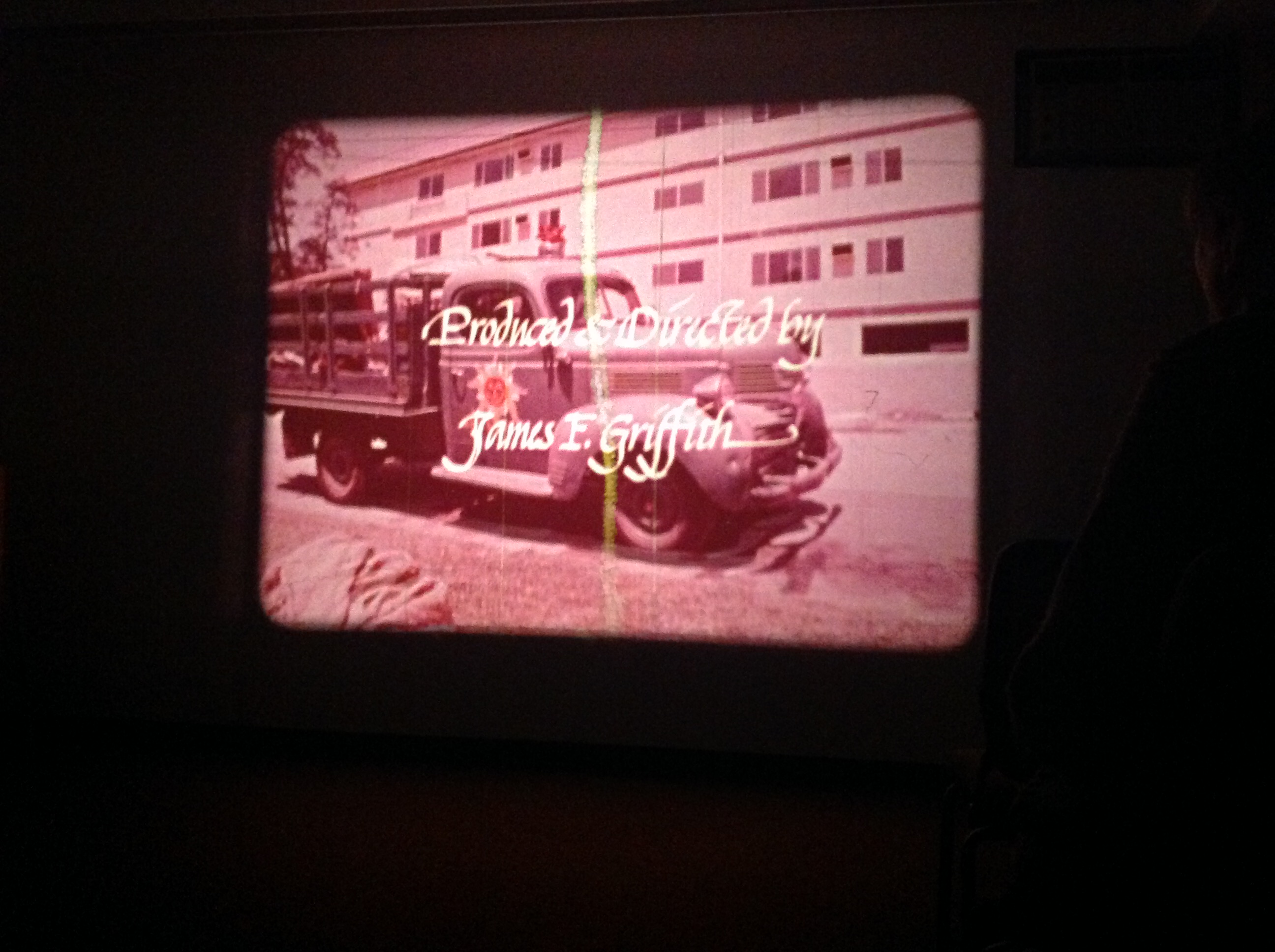 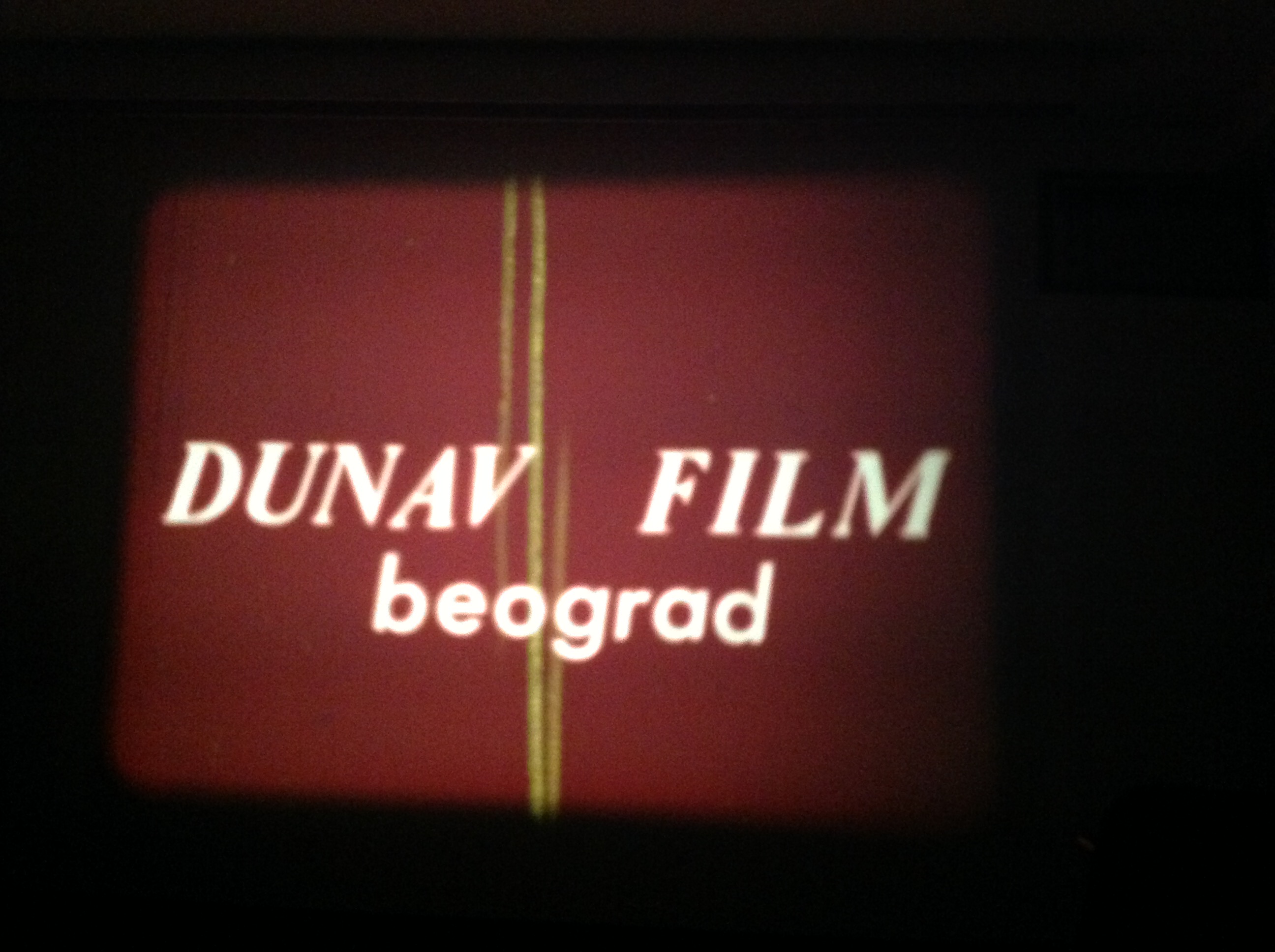