Skip to main content
It looks like you're using Internet Explorer 11 or older. This website works best with modern browsers such as the latest versions of Chrome, Firefox, Safari, and Edge. If you continue with this browser, you may see unexpected results.

A School of One's Own: Ellen Dunlap Hopkins and the New York School of Applied Design for Women 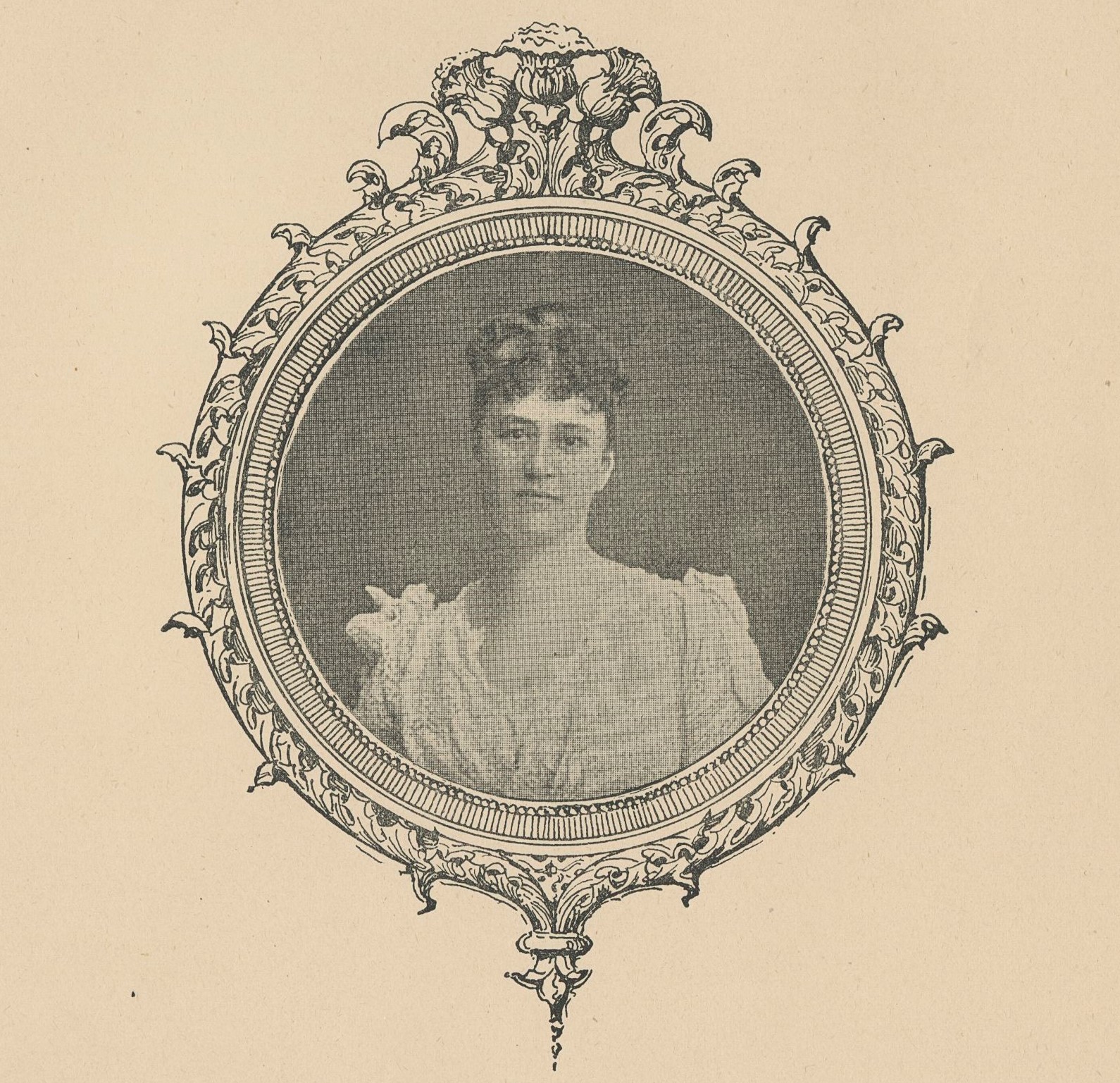 The 1893 World's Columbian Exposition – also known as the Chicago World's Fair – was a major milestone in American culture, bringing together the greatest social and cultural innovations of the day. Impressive attractions included a locomotive train, the very first moving walkway, and a performance by Harry Houdini. Also featured, for the very first time, was an exhibition building dedicated solely to women's work. The Woman's Building, designed by Sophia Hayden, contained exhibits from women in the fine arts, sciences, and home economics, as well as a 7,000-book library of exclusively women authors. This was a crucial moment in women's history, a recognition of the work of women on the main stage of the world. Also displayed at the 1893 Chicago World's Fair, representing Manhattan, was a small collection of student work from the newly incorporated New York School of Applied Design for Women. 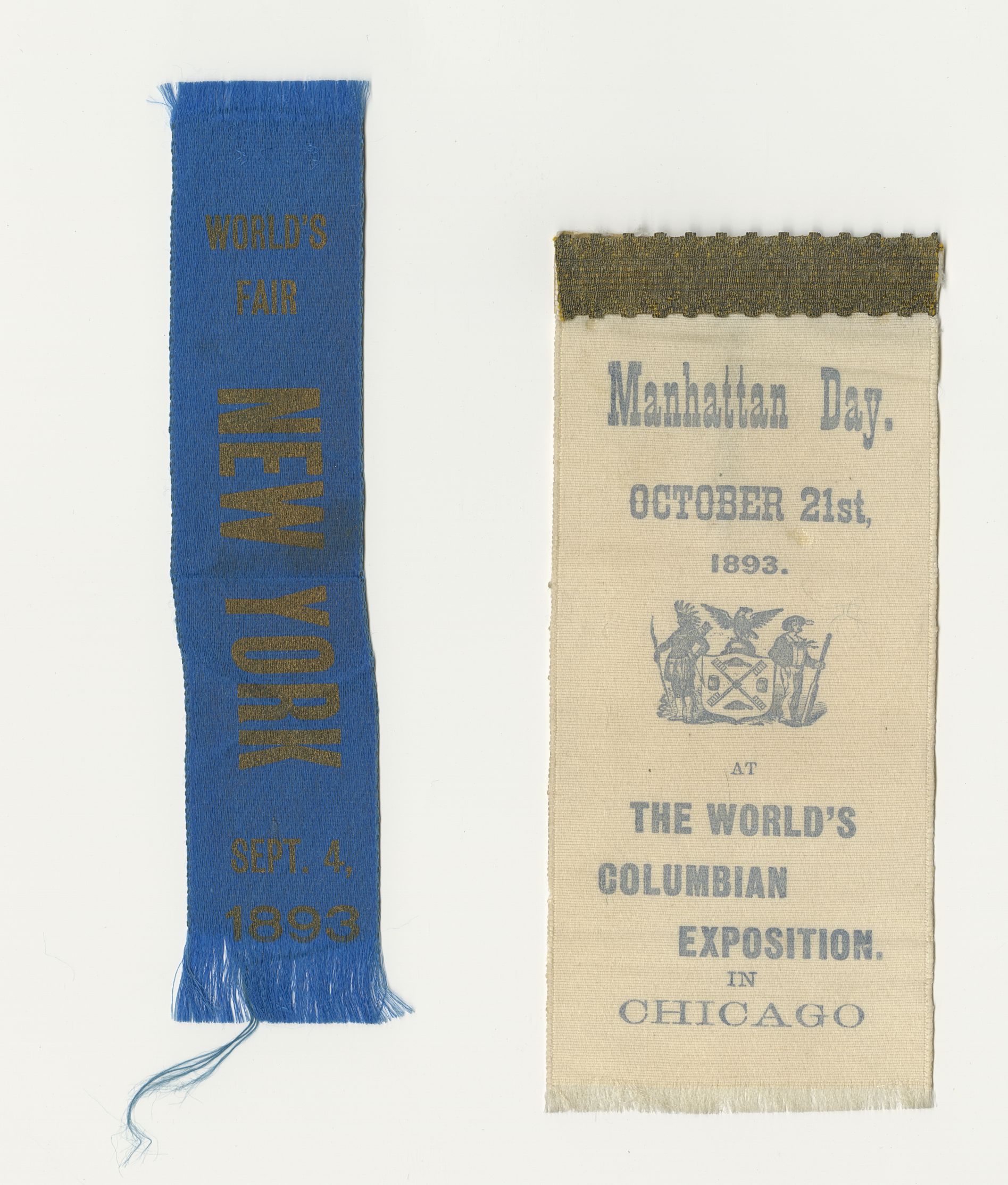 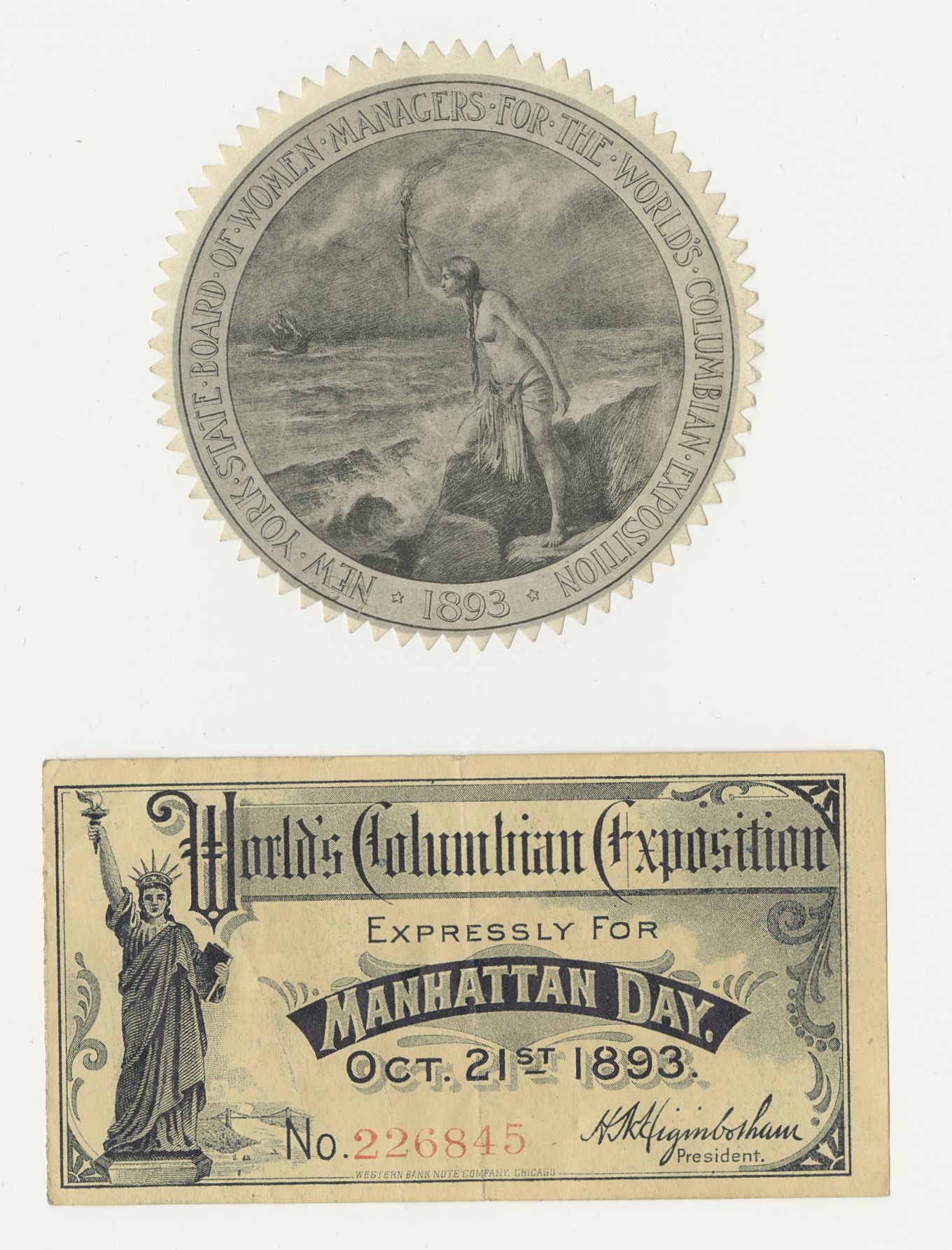 Just one year earlier, in 1892, philanthropist and painter Ellen Dunlap Hopkins founded the New York School of Applied Design for Women (NYSADW). It was the first of its kind, an art school focused specifically on vocational training for women. Hopkins believed in professional education as a means for women, particularly poor women, to become self-sufficient. The field of industrial and commercial art was still fighting for recognition within the art world, as were women artists. The NYSADW worked to combat both of these problems, helping to establish the validity of the commercial arts equal to the fine arts. NYSADW pupils frequently got the opportunity to show their work publicly. The school promoted the sale of student art at gallery shows and, significantly, guaranteed the full commission would go to the artist herself, without a percentage taken by the school or exhibition space. 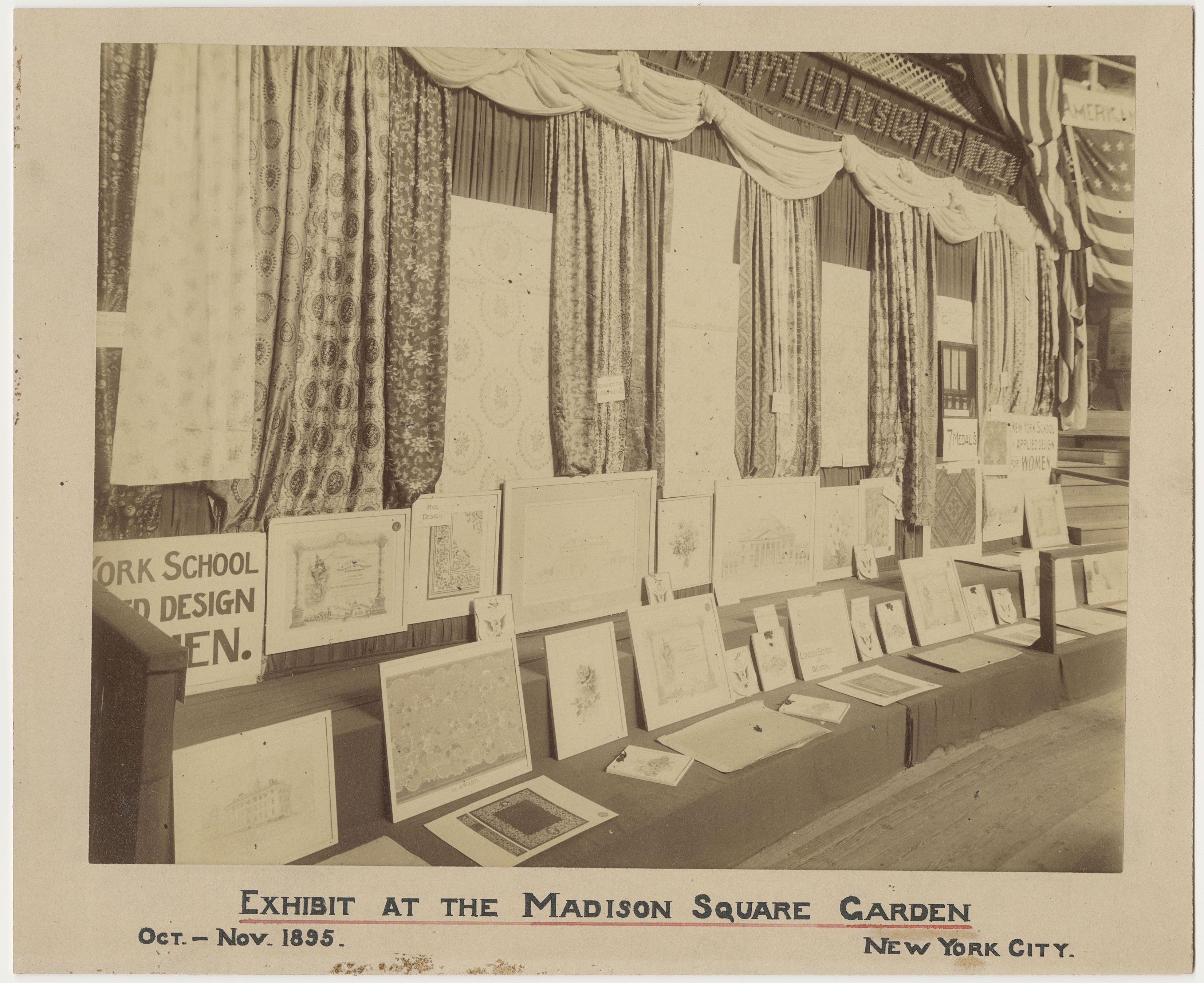 The NYSADW prepared students to enter into the field of the commercial arts, with instruction in textile design, wall-covering and furniture design, fashion illustration, stained glasswork, rug design, and other manufacturing and ornamental arts. Certificates were awarded after two years of study. The instructors were practicing professionals themselves, working at well-regarded manufacturers such as Tiffany Studios or the Cheney Brothers Silk Manufacturers. Ellen Dunlap Hopkins was proud to say that most graduates went on to occupy positions in similar manufacturers or design firms, able to support themselves on salaries ranging from $1,500 to $15,000 a year. That would mean a minimum salary of $30,000 in today's money, afforded to over 25,000 women who graduated from the NYSADW in its first forty years of operation. 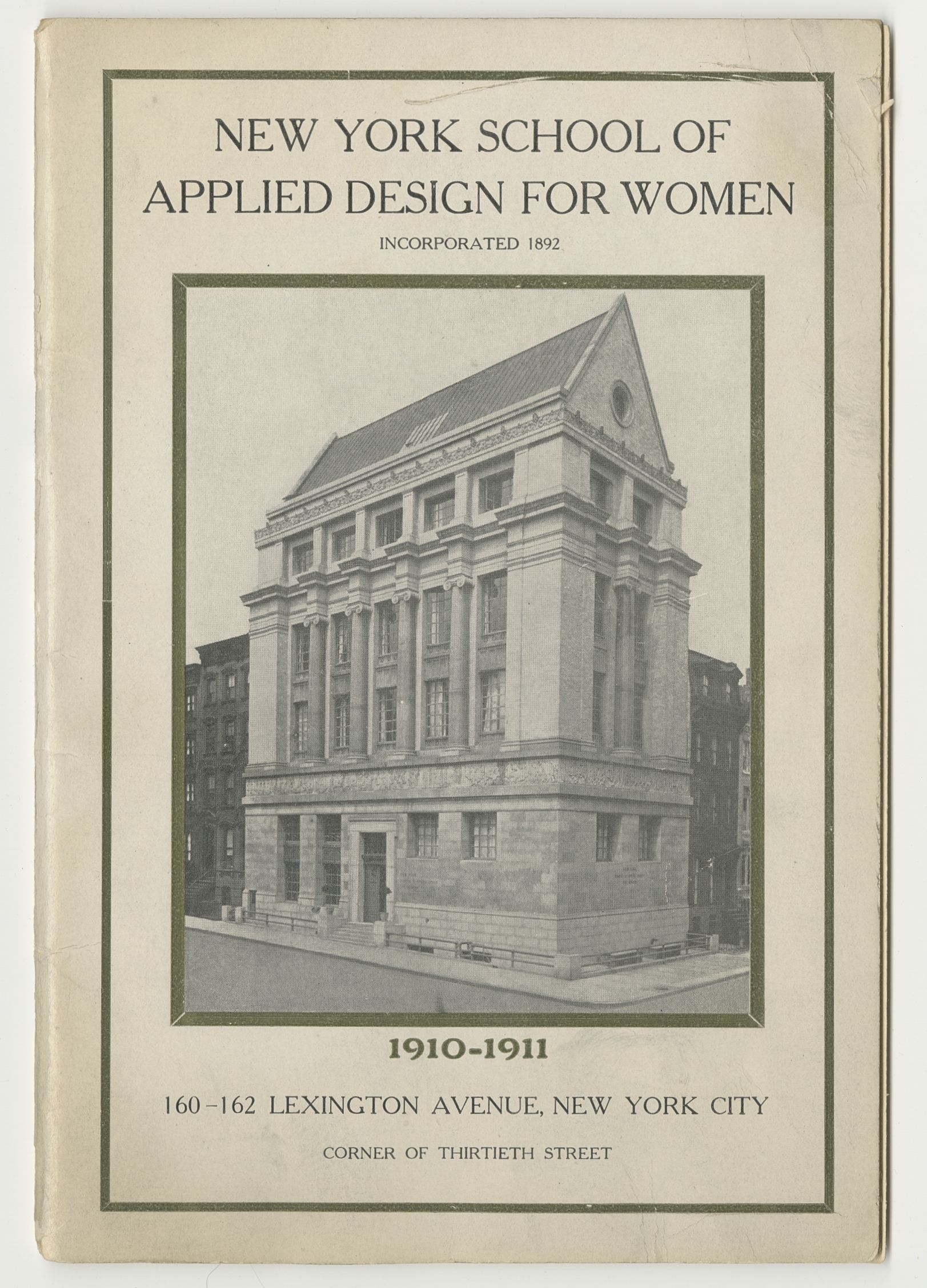 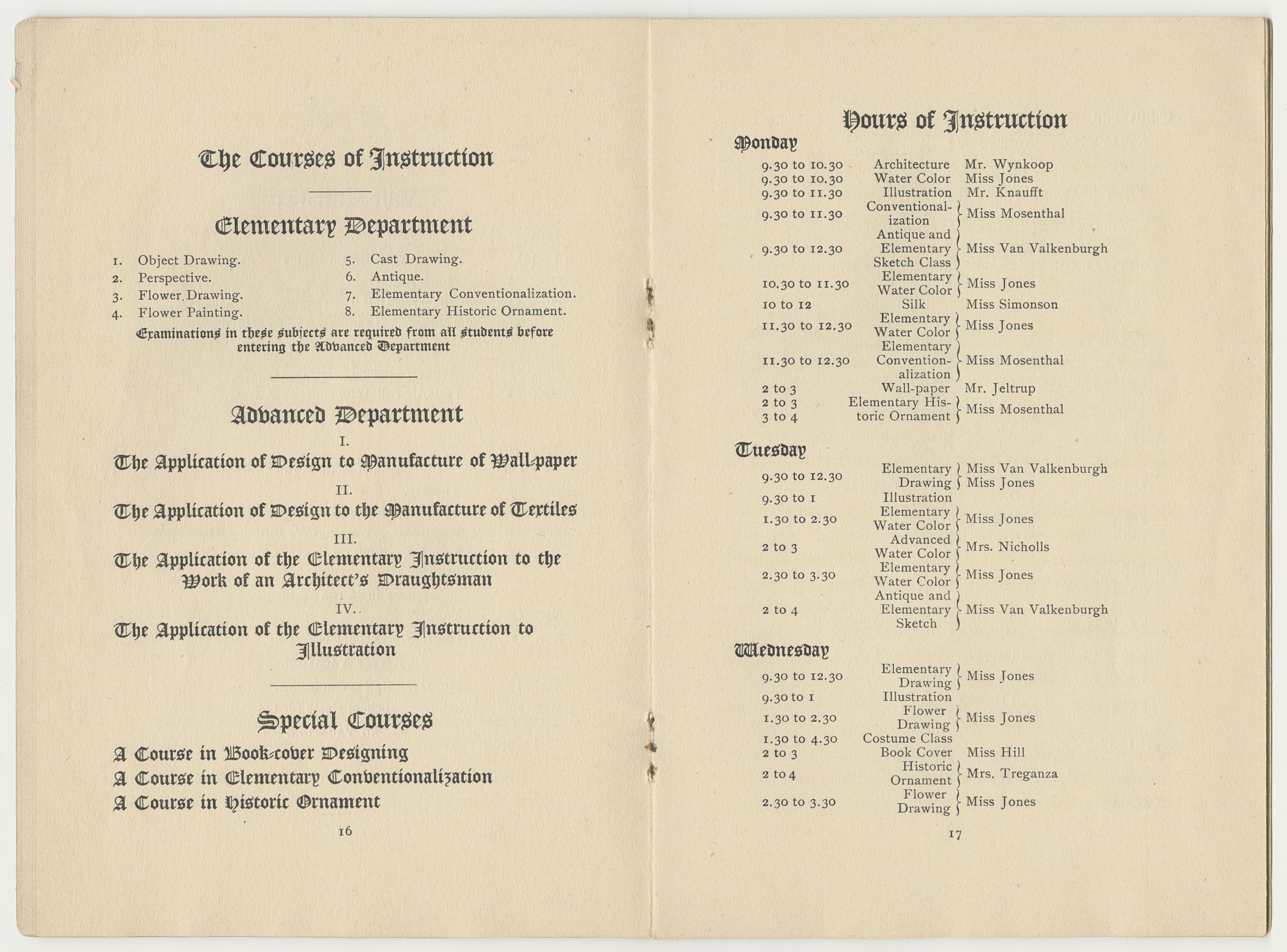 Notably, the NYSADW was the only art school at the time to own its land and building, at 160-162 Lexington Avenue. The neoclassical structure, completed in 1909, was designed by architect Harvey Wiley Corbett. At the time, Corbett was an instructor at the school, and would later become its second president. The building's six stories contained a library, exhibition space, and airy, well-lit studios. The building was declared a city landmark in 1977. 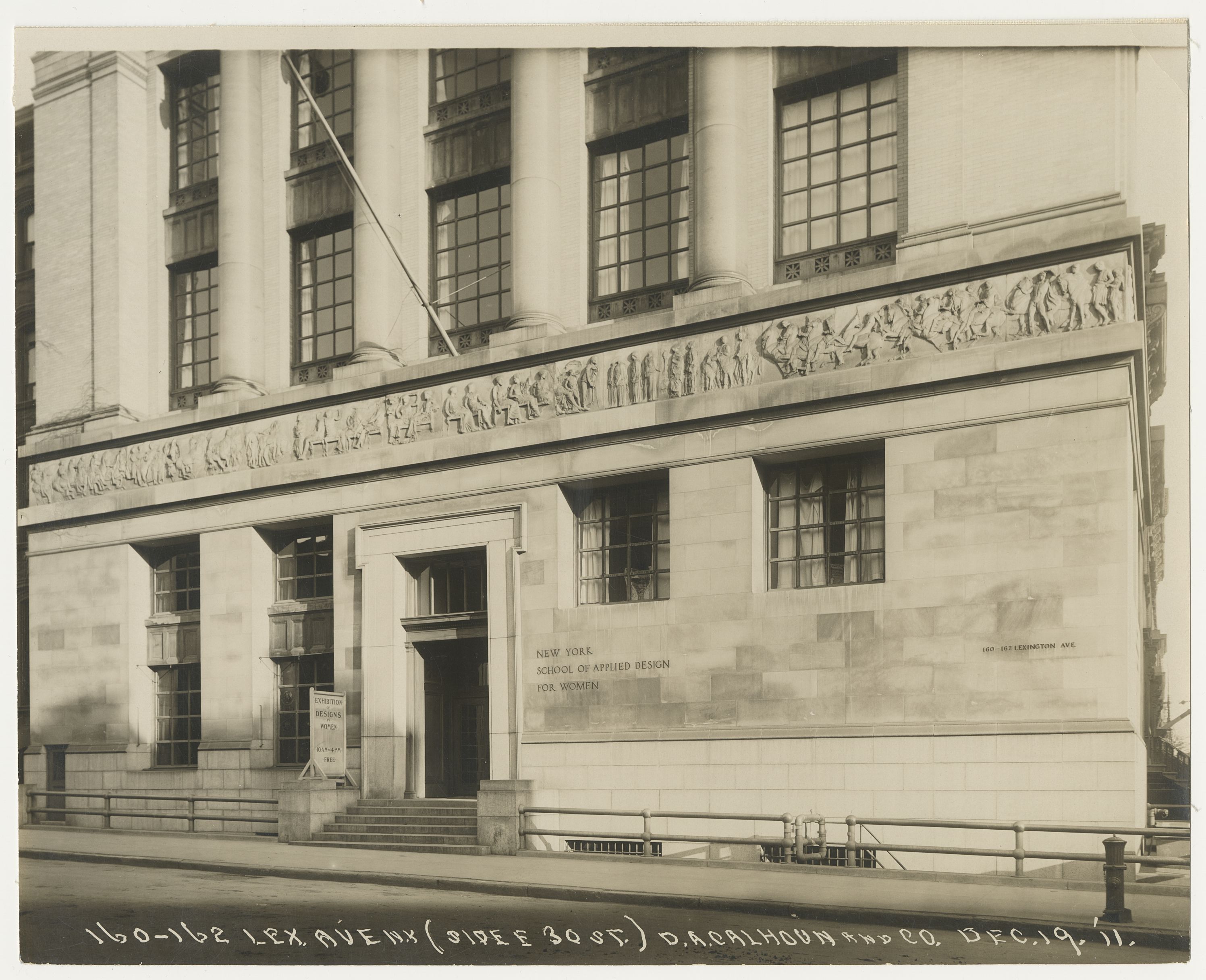 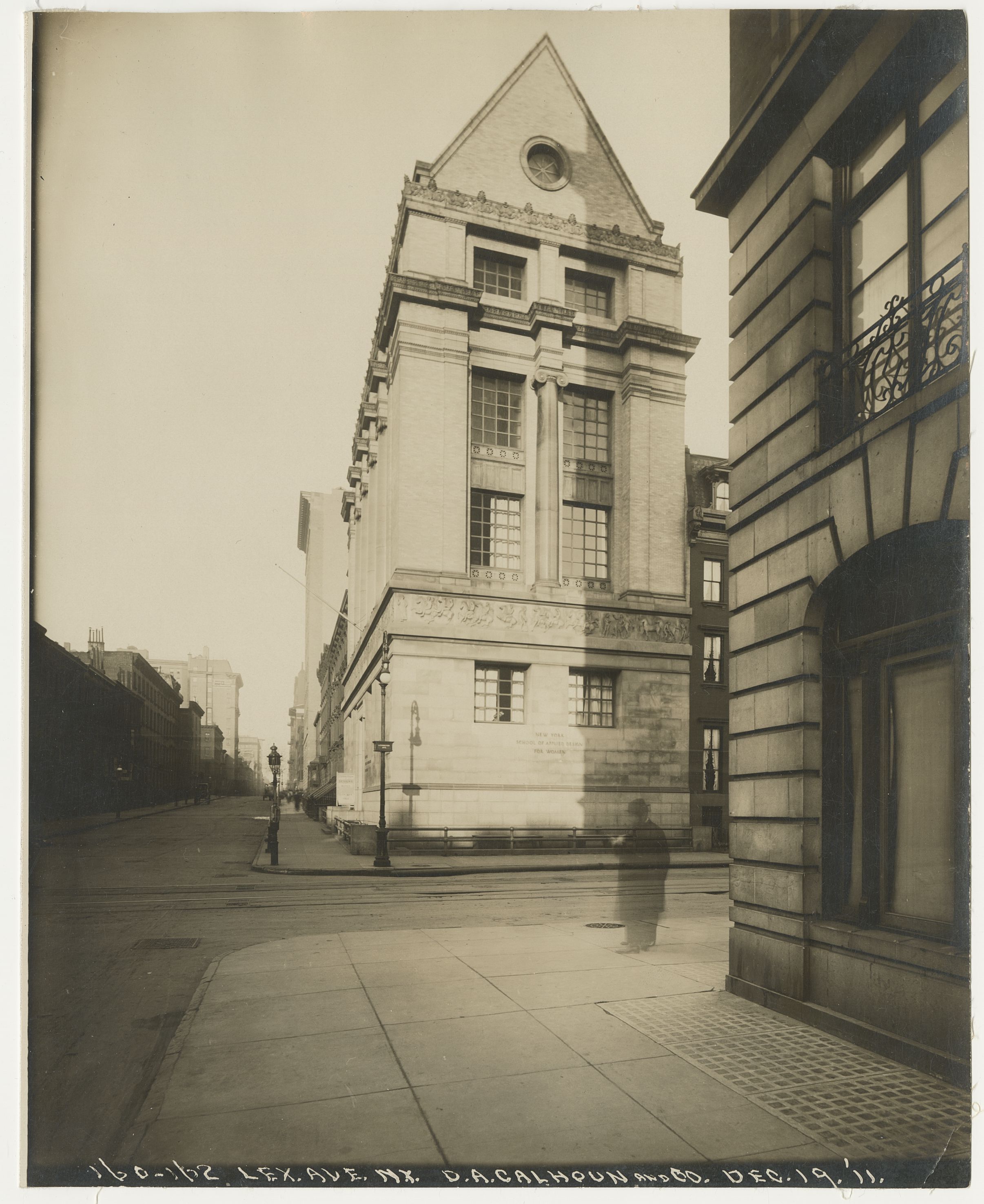 Ellen Dunlap Hopkins received the Michael Friedsam Fellowship Gold Medal in 1936, awarded by the Architectural League of New York in honor of an individual who has contributed to "the development of art in industry."  Hopkins was the first woman to receive this prize. In her acceptance speech she said, "Nothing in Science has progressed in the last 50 years as [have] Women." Hopkins herself was part of this progress. She had a global influence in arts education, and went on to receive the honor of Les Palmes d'Officier d'Academie from the French Government in 1938. Following the 1893 World's Fair exhibition, Princess Christian – the daughter of Queen Victoria – invited Hopkins to England. After their meeting, the Princess expanded her Royal School of Art Needlework with an addition, the Royal School of Applied Arts for Women – directly modeled on the New York School of Applied Design for Women. 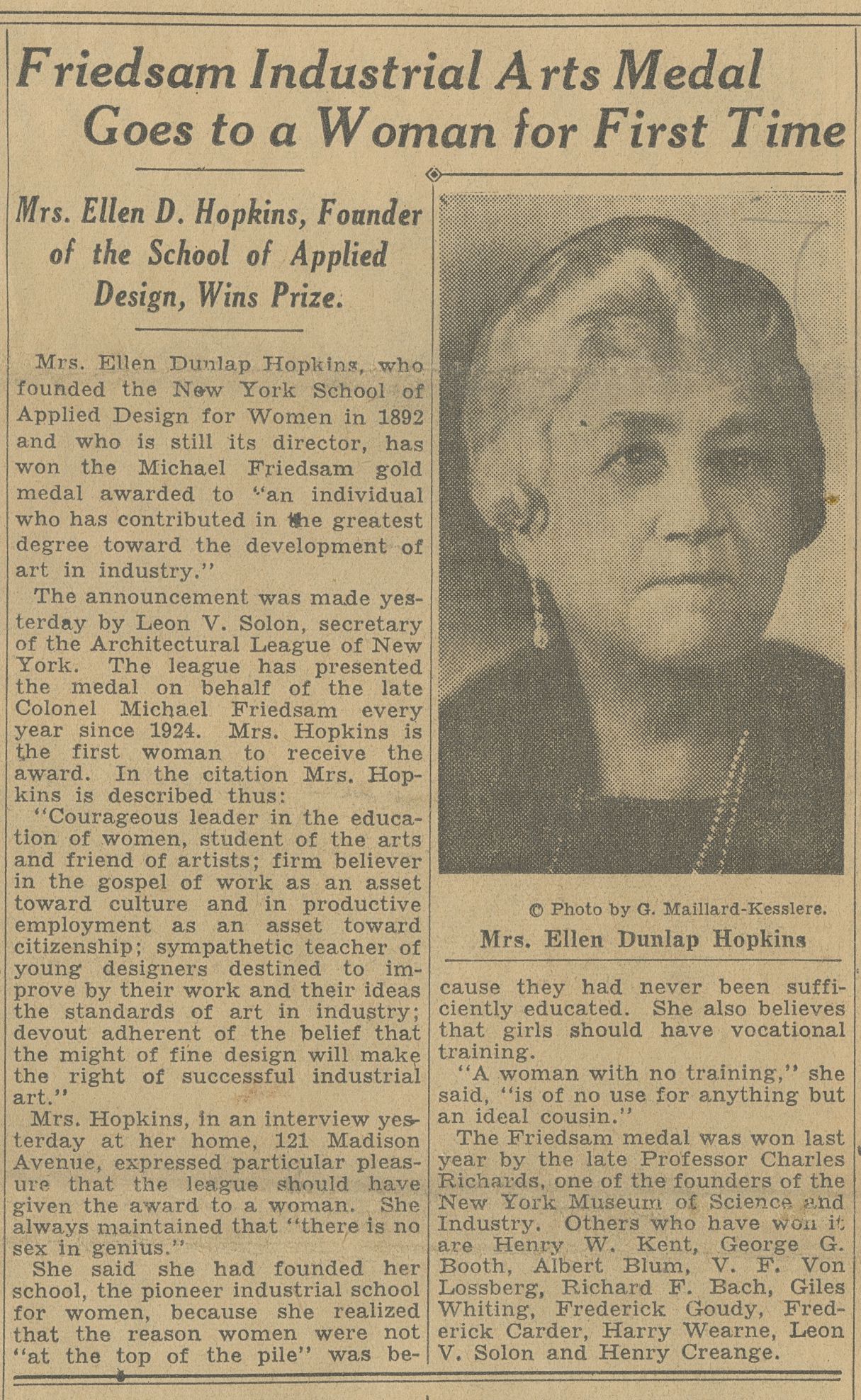 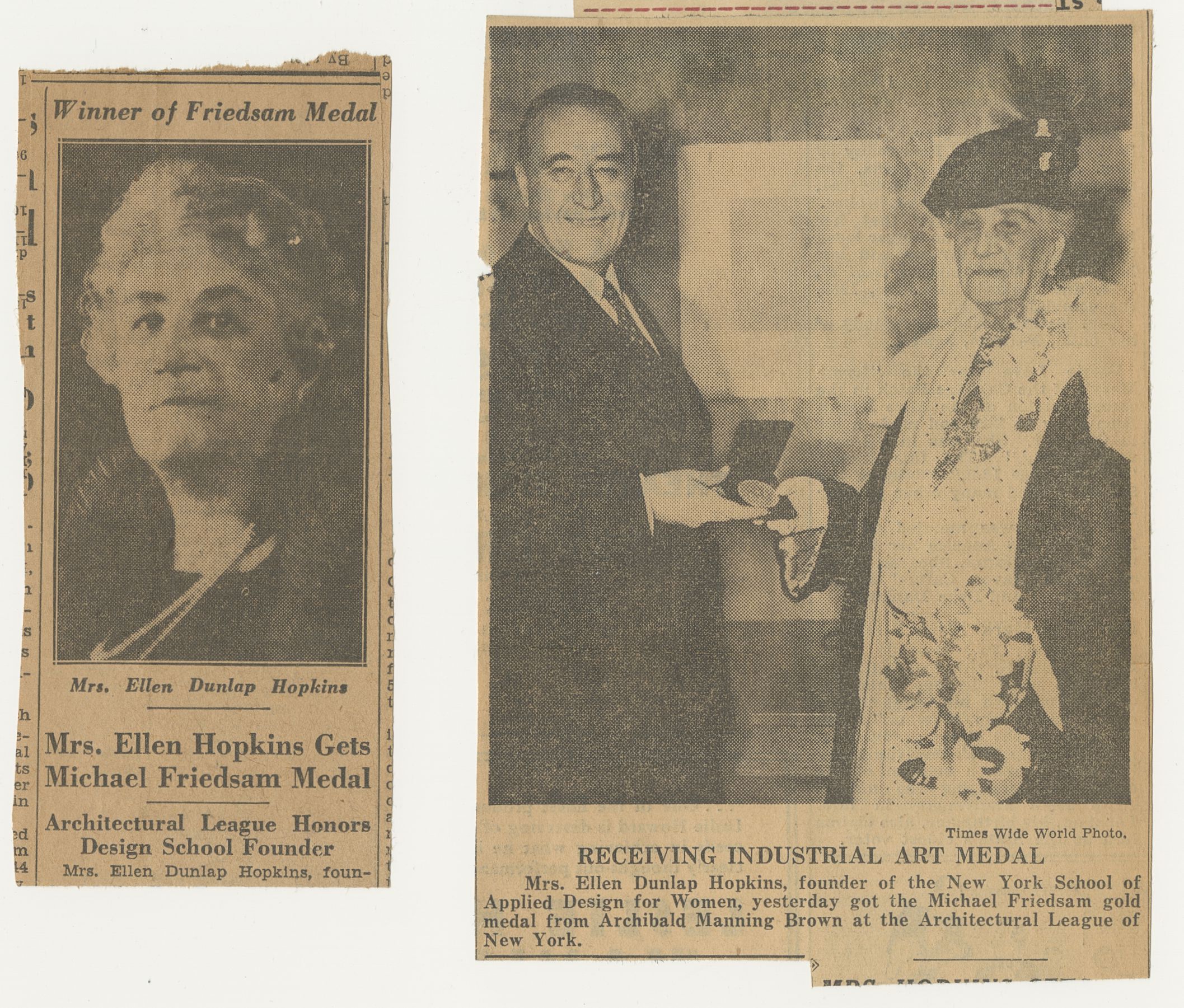 Ellen Dunlap Hopkins died in 1939. Not long after, in 1944, the NYSADW merged with another New York art school, the Phoenix Art Institute. The newly renamed New York-Phoenix School of Design was co-educational, accepting men and women. Course offerings were expanded to include advertising design and illustration as well as magazine illustration, attracting notable new instructors like Normal Rockwell. In 1974, the school merged once again with the Pratt Institute. It was renamed for the final time as the Pratt-Phoenix School of Design, and 160 Lexington Avenue briefly became Pratt's Manhattan campus. Though the program ended in the mid-1980s, the legacy of the founding ideals of the NYSADW, so similar to the Pratt Institute's values, have had an enduring influence on arts education. 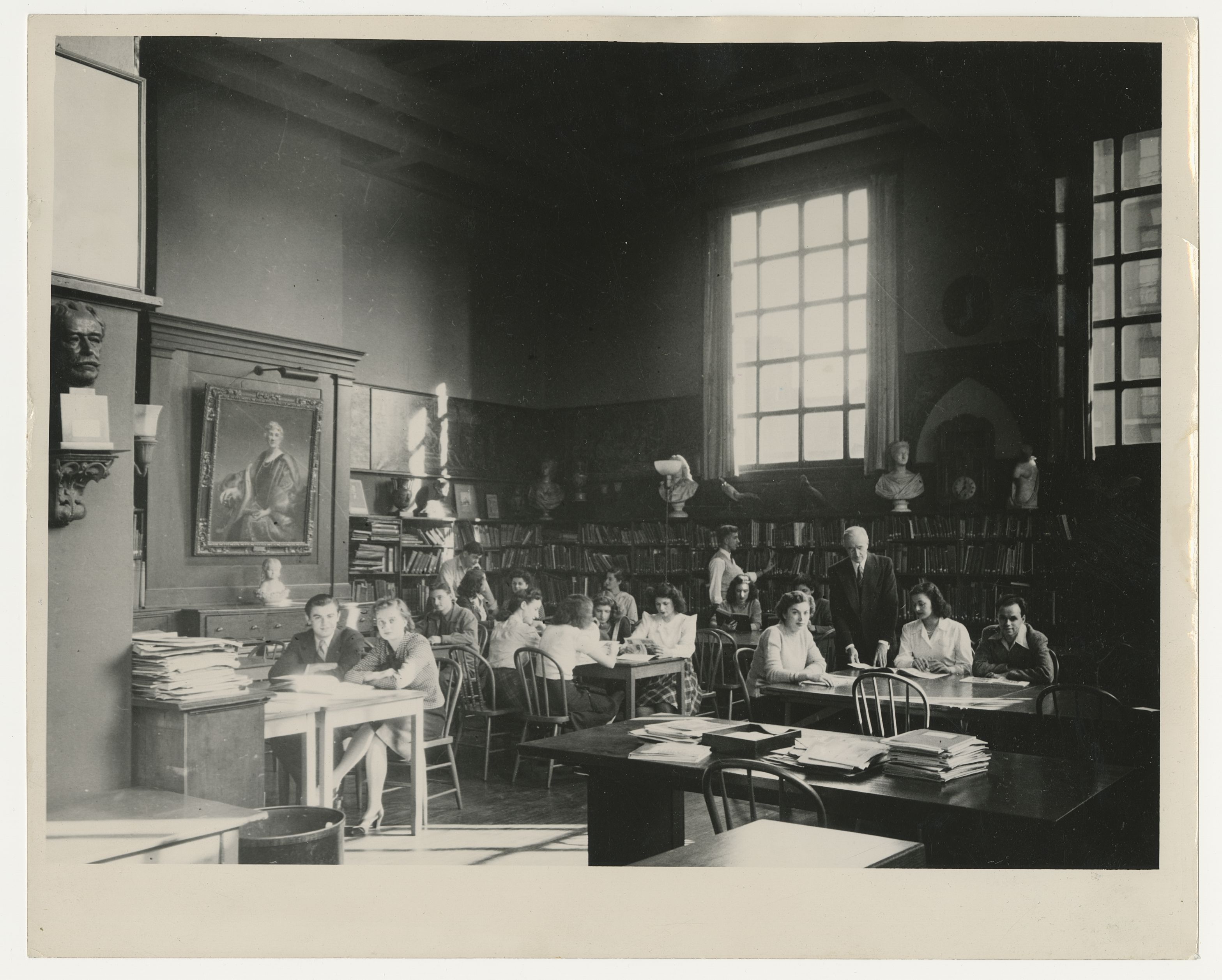 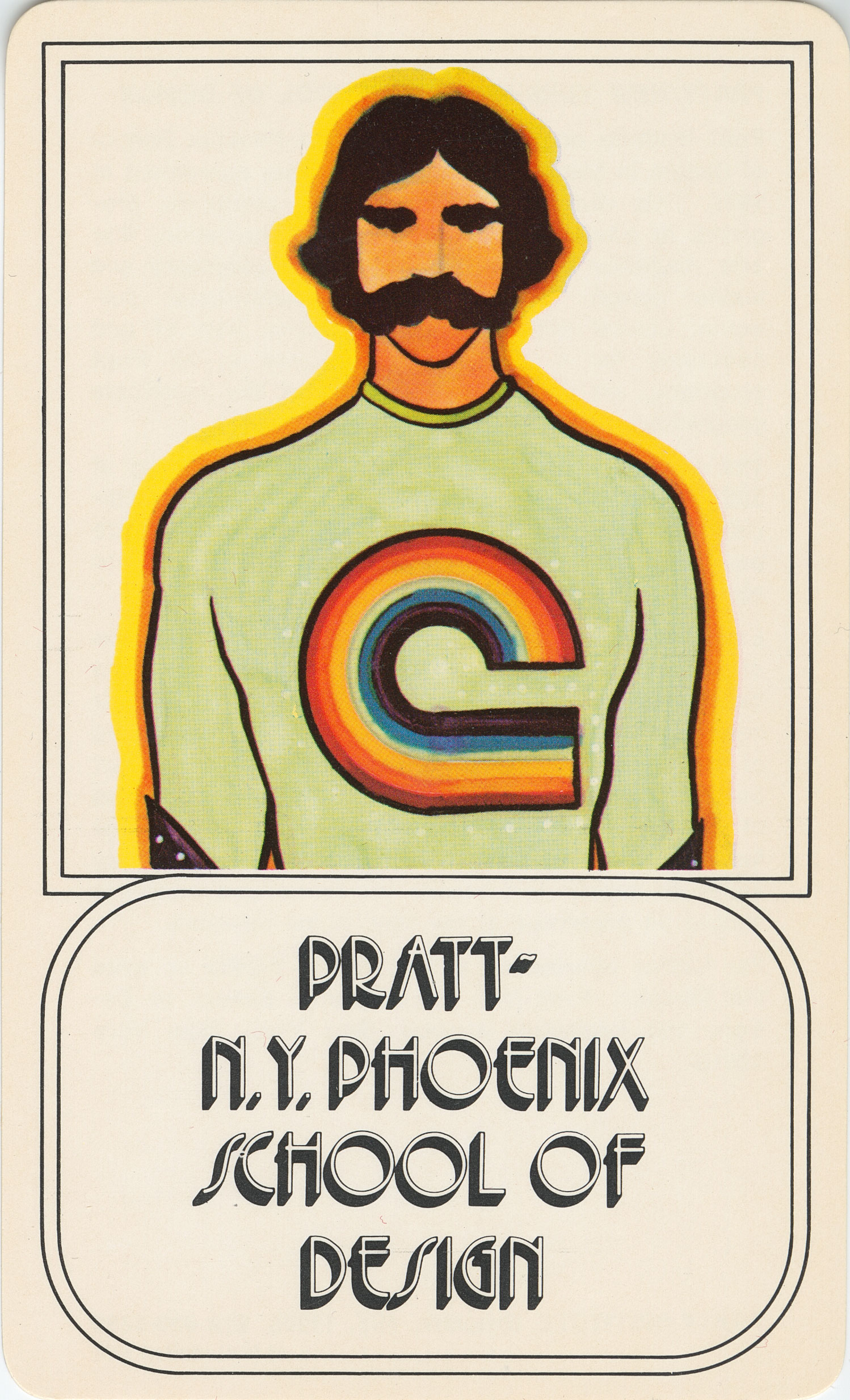 Ellen Dunlap Hopkins was fond of saying "there is no sex in genius." She recognized not only the significance of art and design in the commercial world, but the place of working women within it. The New York School of Applied Design for Women played a major role in the Arts and Crafts movement and the women's movement of the early 20th century, empowering women to seek vocational education and enter the professional world of art and design.

An Interview With Harsh Taggar, Pratt Manhattan's Library Clerk
Against the Blank Page: Strategies for Creative Research in Chaotic Times
A School of One's Own: Ellen Dunlap Hopkins and the New York School of Applied Design for Women
Library Superlatives: The Oldest Book
Protests at Pratt: Student Activism Then and Now