This home page provides context on the origins and significance of Hispanic/Latinx Heritage Month, with each subsequent page offering resources from the library's collection of eBooks, print books, and streaming videos. The final page in this guide — "Virtual Resources and Events" — links to relevant exhibitions and initiatives from some of America's largest cultural institutions, including the Library of Congress, National Archives, and Smithsonian Museum, and also includes information on virtual events and celebrations occurring throughout the month.

The choice of dates for this celebration is no accident; September 15 marks the anniversary of independence for many countries in Latin America, including Costa Rica, El Salvador, Guatemala, Honduras, and Nicaragua. In addition, Mexico and Chile celebrate their independence days on September 16 and September 18, respectively.

So, join us in paying tribute to the generations of Hispanic and Latinx Americans who have so enhanced our nation and society! 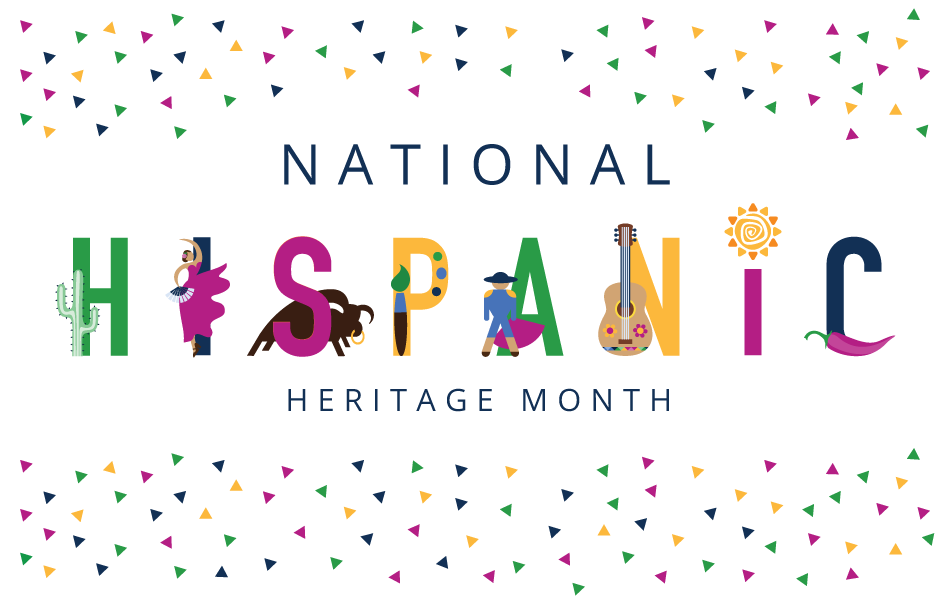 A Brief Note on Language

While the terms "Hispanic" and "Latino" are distinct and often refer to different populations, we have decided to celebrate both Hispanic and Latinx Americans in this guide, following the direction of Pratt Institute's Center of Diversity, Equity, and Inclusion. However, we'd also like to provide some very brief context as to the origin and meaning of these two terms.

According to the Encyclopedia Britannica, the term "Latino" refers to almost anyone born in or with ancestors from Latin America and living in the U.S., including Brazilians. By contrast, "Hispanic" generally refers more narrowly to "people only from Spanish-speaking Latin America, including those countries/territories of the Caribbean or from Spain itself." It's important to remember that these categories sometimes overlap and are fluid and imperfect; for example, many indigenous peoples from Spanish-speaking countries do not identify with Spanish culture and do not speak Spanish, and would therefore be unlikely to identify as "Hispanic" even though they fit the criteria listed in the definition above.